By One Performance UK Dispelled

The squat is one of those lifts that always seems to get a bad rep. Many have been told to only train it across small ranges of motion, whilst others may look to avoid it all together, instead opting for substitutes like the leg press. Don’t get me wrong I am all for avoiding injuries and minimising the risk of injury from strength training but the fact is a properly performed squat is inherently safe, something that has been presented many, many times by people who are substantially more experienced and qualified than I am. The purpose of this article is to present some common myths associated with the squat and help deconstruct them, I will be looking at three things: 1. Deep Squatting is bad for the knees 2. The knees should never travel past the toes 3. Squatting is bad for the back

Myth 1: Deep Squatting is Bad For The Knees Here is a brief overview of commonly accepted squat depths Deep/Full Squat – where the hips are well below the horizontal plane of the knees Parallel Squat – generally where the centre of the hip joint is parallel to the knees Partial Squat – where the knees are generally only flexed to 90-120 degrees The knee joint is capable of 0 – 160 degrees of flexion and generally speaking forces acting on the knee have been shown to actually reduce as squatting depth progresses beyond parallel. The knee joint itself is supported by an array of ligaments and cartilage, with the Anterior Cruciate Ligament (ACL) considered the most important in relation to stability at the knee. The primary function of the ACL is to prevent excessive amounts of anterior (forward) tibia translation relative to the femur. If the function of the ACL is to prevent excess forward movement, the Posterior Cruciate Ligament (PCL) will oppose this by preventing posterior (backwards) tibia translation relative to the femur. Whilst the ligaments of the knee provide high levels of static stability, it is the musculature of the knee that provides the greatest amount of dynamic stability during movement (squatting). Whilst the quadriceps group are the most dominant muscles acting on the knee during the squat, the hamstrings must be allowed to co-contract with them. This co-contraction, synergistic action is hugely important for the integrity of the knee joint during the squat. The result of this means the hamstrings are able to exert a posterior pull on the tibia helping neutralise the anterior forces being exerted by the quadriceps. This is critical in relation to preventing ‘shearing’ forces occurring at the knee joint.

“The fact is a properly performed squat is inherently safe”

The issue with partial or above parallel squats is that they potentially don’t allow the posterior pull from the hamstrings to occur which results in more forces being exerted on the ACL and other anterior aspects of the knee joint. The likely result of all this is the development of muscular imbalances, strength discrepancies and people complaining about knee pain. Deep squatting will allow for further strengthening of the muscles around the knee, plus lead to greater levels of glute activity further enhancing the integrity of the knee joint. Having said that, deep squatting requires high levels of joint mobility and stability, if you are losing integrity (rounding) through your lower back well above parallel, joint mobility must be addressed and suitable variants should be used. Train in the range which presents but please don’t shy away from deep squatting if mechanics allow, the advantages and benefits are huge. (It should be worth noting that for those with pre-existing knee conditions/complaints deep squatting may well have to be avoided but that should be judged and evaluated on an individual basis)

Myth 2: The Knees Should Never Travel Past The Toes This is perhaps the biggest misconception and I’m not entirely sure where the roots lie, let’s take a look at it though. The amount of forward knee movement will largely be dependent on individual mechanics (ankle mobility) but also the type of squat being executed (high/low bar/ front squat). Daily occurrence of knees travelling past toes can be seen in such activities such as running, walking, standing up, sitting down etc. all made possible by the ability of the ankle to dorsi-flex. Studies have shown you can reduce the torque at the knee by preventing excessive forward travel of the knees but this compensation will likely result in greater forces being exerted at the hips and lower back. This will present itself as a change in torso angle, picture the torso angle of a high bar back squat compared to a low bar position. Just because you can reduce torque acting on the knee it doesn’t mean it is necessary, hopefully the previous point on squat depth shows how you can maintain and enhance knee stability and integrity. The point being is that there are many benefits to the various types of squats but each will come with its own lifting mechanics and thus differing amounts of forward knee movement. But simply stating that all squatting movements must be based around preventing the knees form moving past the toes is just wrong!

Myth 3: Squatting Is Bad For The Back The goal of any type of squat movement should be to perform it whilst maintaining a neutral, rigid spine, this helps reinforce an upright posture throughout the lift. The trouble is many people who perform the squat and variants of it aren’t able to do this. As they progressively load the bar heavier they are unable to prevent excessive amounts of spinal flexion (rounding) from occurring, this increases the forces acting on the spine, particularly the lumbar spine (lower back). Picture someone rounding their back whilst squatting, this can be improved by addressing mobility, improving technique and loading suitably. Compressive forces have also be singled out and some have suggested that placing a load on the back is a fairly unnatural movement but the fact is the spine is also an adaptive mechanism and can improve its ability to tolerate compressive forces if trained appropriately. The key is always to load the spine without unnecessary shearing or compressive forces acting on it. This can be accomplished by learning to maintain a neutral spine, upright posture and utilise intra-abdominal pressure. The inability to maintain a neutral/upright torso need not be the reason to completely avoid the squat however, perhaps instead look to better understand your own mechanics and imbalances and work on them. (It should be worth noting that for those with pre-existing back/spinal conditions/complaints squatting may well have to be avoided but that should be judged and evaluated on an individual basis)

Conclusion Hopefully breaking down these 3 points has helped dispel these myths. That being said there is no guarantee that nobody will ever get hurt/injured whilst squatting but in my eyes if performed well and with efficiency it is not a lift to be avoided. Learn and understand your mechanics and limitations, work on them if necessary, especially if lower back rounding is quite a prevalent issue. If there is dysfunction, improve the movement pattern rather than further loading dysfunction. Remember squatting efficiently is a skill and needs to be practiced and developed. HAPPY LIFTING! 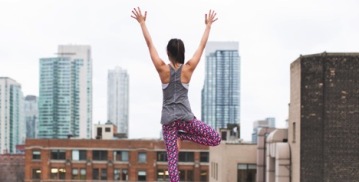 How does exercise affect mental health? 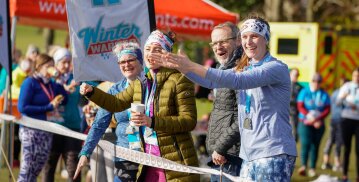 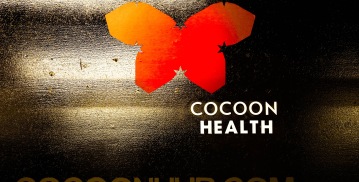 Race for your CITY Run Challenge